“Ki-67 organizes heterochromatin and is required for nucleolar genesis” 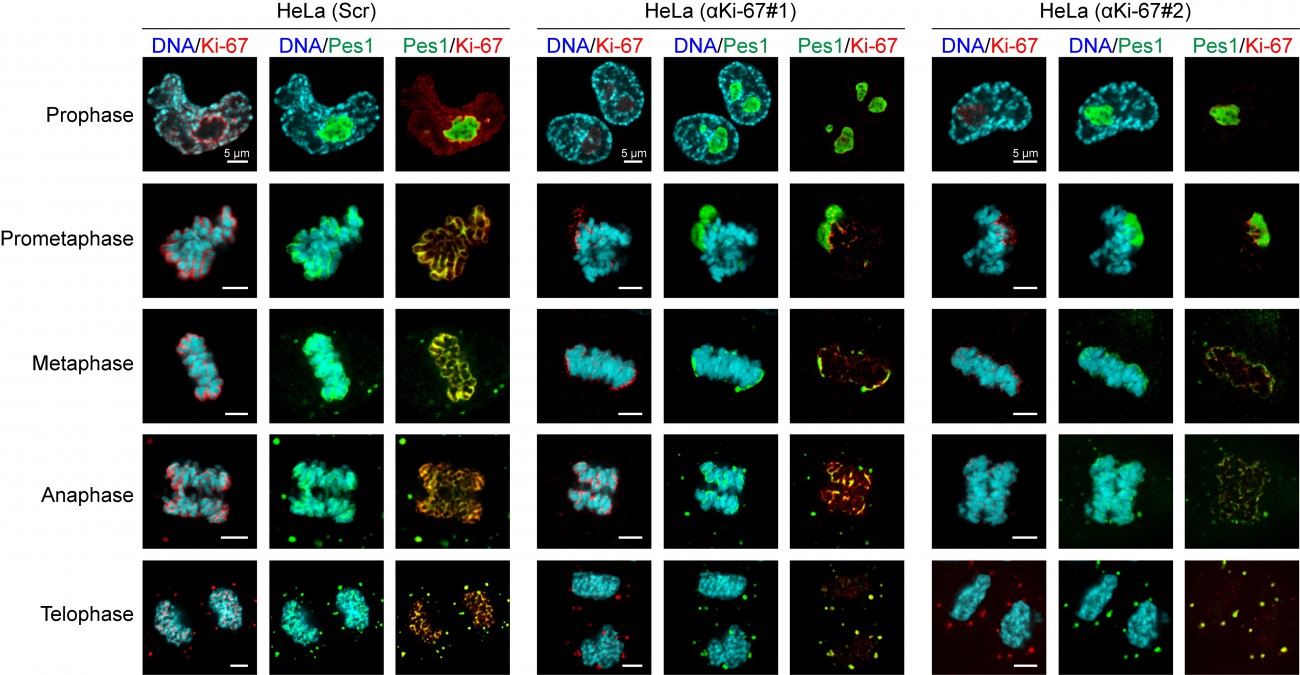 Specifically, we showed that Ki-67 is important for PR (Perichromosomal Region) formation:

During mitosis, the nucleolus undergoes a dramatic cycle of disassembly and reassembly. Briefly, soon after the onset of mitosis, when transcription is shut down, the nucleolus is rapidly disassembled; it then slowly reforms through the formation of intermediary organelles with precursor-product relationship, identifying at least three distinct organelle stages, and the process is complete by telophase. The first of these three intermediary organelles is a sheath of nucleolar proteins that forms around the surface of the mitotic chromosomes, the so-called ’peri-chromosomal region’ or PR. To date, not much is known about the trans-acting factors involved in PR formation. Remarkably, we found that Ki-67 depletion totally disrupted PR formation and PES1 (in green in the Figure) no longer associate with the chromosome surface.