“View From A Bridge”: A New Perspective on Eukaryotic rRNA Base Modification 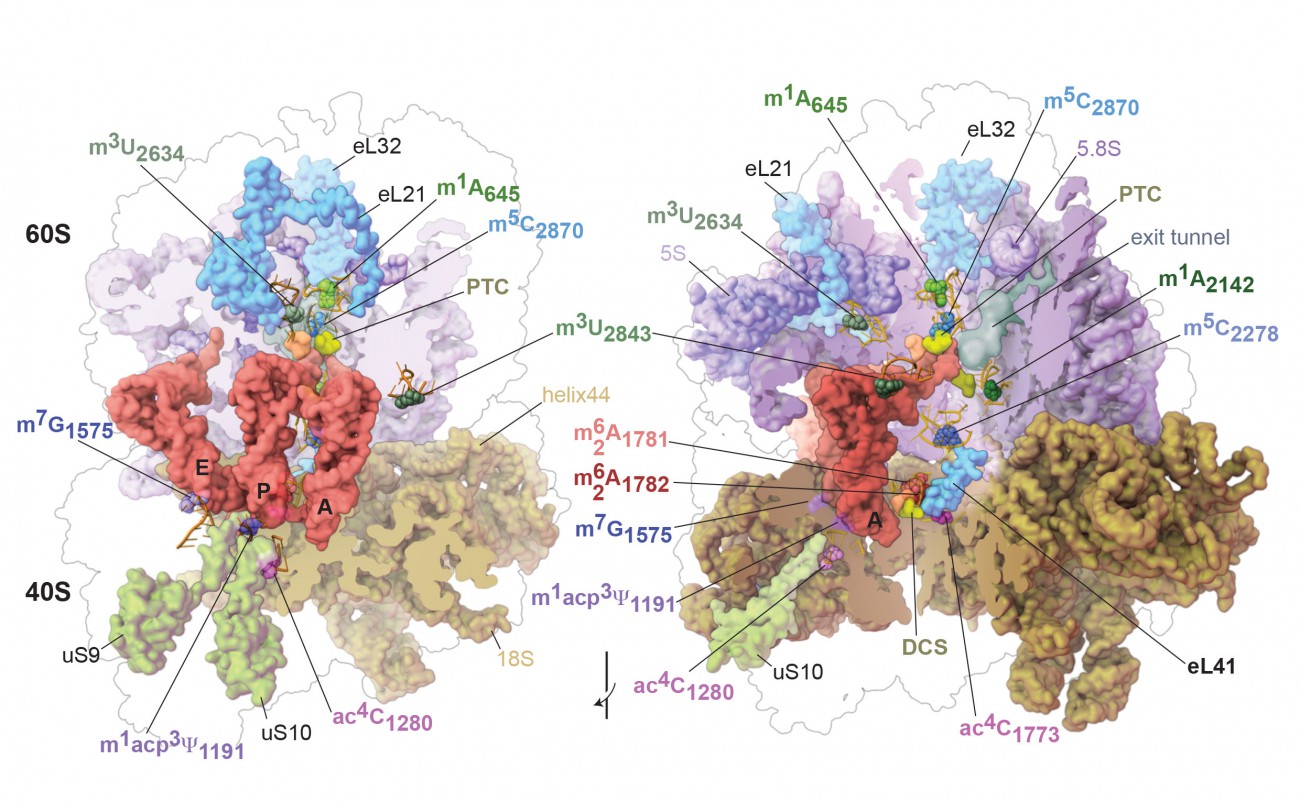 Eukaryotic rRNA are modified frequently, although the diversity of modifications is low: in yeast rRNA, there are only 12 different types out of a possible natural
repertoire exceeding 112. All nine rRNA base methyltransferases and one acetyltransferase have recently been identified in budding yeast, and
several instances of crosstalk between rRNA, tRNA, and mRNA modifications are emerging. Although the machinery has largely been identified, the functions
of most rRNA modifications remain to be established. Remarkably, a eukaryote-specific bridge, comprising a single ribosomal protein (eL41, see cartoon) from the large
subunit, contacts four rRNA base modifications across the ribosomal subunit interface, potentially probing for their presence.
We hypothesized in a TiBS article just “off the press” that long-range allosteric communication involving rRNA modifications is taking place between the two subunits during translation
or, perhaps, the late stages of ribosome assembly.